“For my money, Terry Blaine is something special, the best young jazz singer I’ve heard in a long time. Terry has a brisk, aggressive singing style, she swings like mad… She has a remarkable feel… A Record of the Year for me too, and, as Eddie Cook said about Terry’s earlier album, ‘unreservedly recommended.’” —Pat Hawes, Jazz Journal International 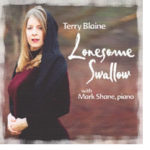 Lonesome Swallow
I’m so proud to announce the release of “Lonesome Swallow,” my brand new CD with Mark Shane on piano. It’s our fifth major recording project together! We were inspired by the great duet recordings of Ethel Waters and James P. Johnson, and so “Lonesome Swallow” features us in an intimate duo setting, performing some of our favorite songs from the 20s, 30s and 40s… Read more » 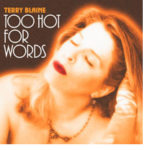 Too Hot For Words
The companion CD to our live show, “Too Hot for Words” pays tribute to the Great Ladies of Swing, women who wrote the book on the swing & jazz style of singing popularized in the 1930s and 1940s. Singers like Ella Fitzgerald, Ethel Waters, Billie Holiday, Lee Wiley, and Mildred Bailey… Read more » 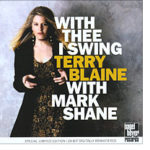 With Thee I Swing
This project was a joy to record. Mark and I had been planning to do a studio CD (which would become “Too Hot for Words”) but when Hans and Sabine Nagel-Heyer asked if they could record our Hamburg show for a live CD, we realized that we’d need some more material. So we worked up a whole other series of songs specifically for the tour of Germany… Read more » 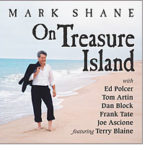 On Treasure Island
This CD features Mark Shane and a band of all-stars in various combinations. I contributed vocals to three songs, “One, Two, Button Your Shoe,” “On the Sentimental Side,” (both associated with Billie Holiday) and Irving Berlin’s “Shakin’ the Blues Away,” which is the rousing closer… Read more » 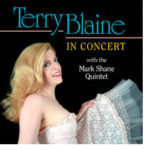 Terry Blaine In Concert
“Terry Blaine in Concert” was the result of our love affair with Cleveland, Ohio, which began in earnest after the DJs from WRMR radio, especially Bill Randle, started playing songs from “Whose Honey Are You” in early 1994. Audiences couldn’t get enough of “Louisiana Fairytale,” and “A Little Bit Independent,” which became the two most popular numbers, and wanted to see us in concert… Read more » 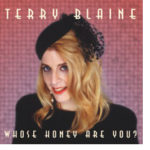 Whose Honey Are You?
This CD has magic. There’s just no other way to describe it. It’s one of those mysterious things, magic, don’t you think? When this CD was finished and we heard it back, we loved it. But we had no idea what the reaction of audiences everywhere would be. Several of the songs from “Whose Honey” made Top Ten radio lists over the next few years… Read more » 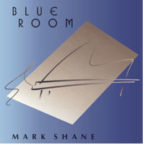 Blue Room
My first recording project as an artist was Mark Shane’s “Blue Room.” Mark and I had been working at Cafe Society for several years, and had developed a great repertoire of tunes. When he told me he wanted me to sing a few numbers on his new CD, I was thrilled. I remember going out to Long Island to Doug Wood’s studio at Omni Music to record my songs; what a band Mark had assembled! Read more »