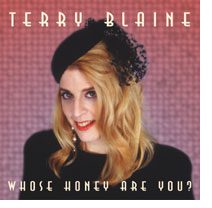 This CD has magic. There’s just no other way to describe it. It’s one of those mysterious things, magic, don’t you think? When this CD was finished and we heard it back, we loved it. But we had no idea what the reaction of audiences everywhere would be. Several of the songs from Whose Honey made Top Ten radio lists over the next few years. Songs like the J. Fred Coots/Haven Gillespie/Mitchell Parish classic “Louisiana Fairytale,” which people recognized as the theme song from the PBS show “This Old House.” Also, “A Little Bit Independent,” “Spring Cleaning,” “If I Could Be With You,” and several piano features, “What a Little Moonlight Can Do,” and “Guess Who’s in Town” that were full of love and fun. I think people responded to the joy that is built right into these songs. I know we all were jazzed to be in the studio performing, and that must have translated into the CD for sure. It was an incredibly creative time for us, with live gigs in and around New York City, and the birth of Whose Honey Are You, my first CD.

Speaking of births, in January 1993 I found out that I was pregnant, and my son Michael, my greatest joy, was born on September 24, 1993. I remember sitting in my apartment one morning a few months later when Bill Randle called from WRMR Radio in Cleveland, inviting the band and me out to do a show. There I was, in my pajamas, with spit-up all over me, saying “yes” to our first out of town concert, and stepping into the great unknown. What a wonderful moment!

The following year, Whose Honey Are You was voted a Record of the Year by Jazz Journal International in the UK. DJs still play it, and people still talk about its magic. We are so lucky to have played with such a great group of musicians, and to be able to bring that joyful noise, that “magic” to audiences around the world.

“Now and again a record falls onto your CD player that makes you sit up and say ‘wow, this is it!’ A recording that you feel impelled to play over and over again for the sheer joie de vivre of the performance, the infectious beat and the fine solos. Well, folks, this is one of those records. Definitely one of our Records of the Year…”
— Eddie Cook, Jazz Journal International

Whose Honey Are You?

At the Ball, That’s All

I Cover The Waterfront

What A Little Moonlight Can Do

I Can’t Give You Anything But Love

If I Could Be With You

Waiting at the End of the Road

“At the Ball,” “He’s Funny that Way,” “If I Could Be With You,”
“Me Myself & I,” “There’s Honey on the Moon Tonight,” and
“Waiting at the End of the Road” Vocals engineered by Brian Young
Horns engineered by Peter Robbins
Mixed at Quad Recording by Brian Young
Mastered at The Master Cutting Room, NYC by Duncan Stanbury
Additional recording and editing at Two Pie Are Music, NYC
Hair & Makeup: Miwa, Kara Montana
Photograph: Carol Grunebaum
Jukebox Jazz Logo: Lisa Maxwell
Art Direction: Charles Sands & Charlotte Staub